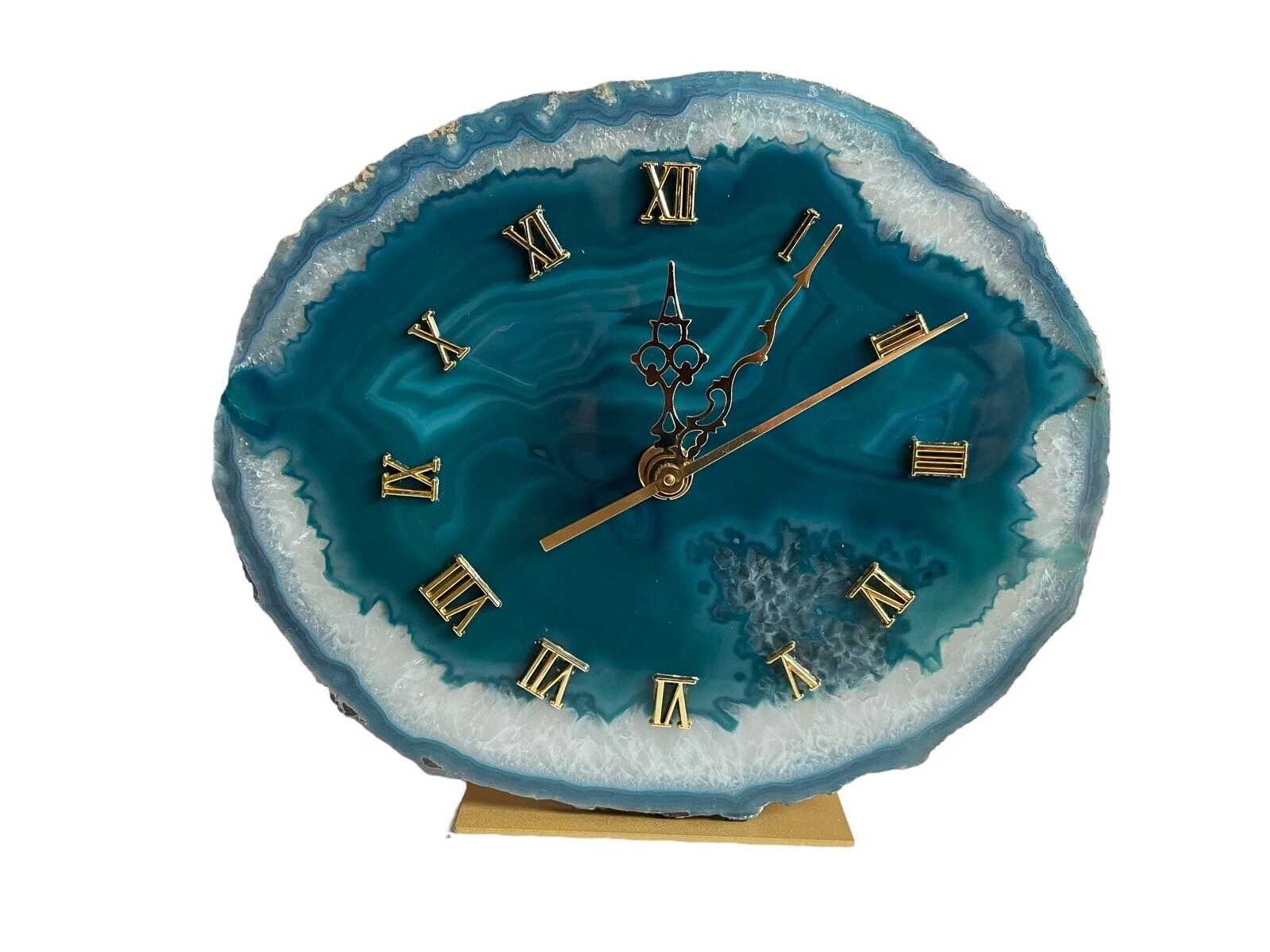 Beautiful agate watch to fall in love with. Large agate clock in the color petrol. The agate watch is about 16 cm high and 19 cm wide. The beautiful clock has a Roman set of numerals. The hands and stand are brass-coloured. A quality movement is fully assembled and powered by a battery (AA). Battery not included! This clock is a beautiful eye-catcher for all rooms.

The agate is often formed in volcanic regions. In cavities of the rocks, the special quartz is formed under pressure. The agate is said to promote spirituality and creativity.